Brain Drain in the Philippines 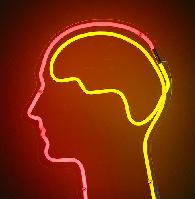 Starting at around the 1970s, Filipinos have already been immigrating to other nations like the USA, Middle East, Canada, Australia and many other countries to find work in order to send money back home.

A report from Geneva's International Labour Office showed that the number of professional workers who went abroad exceeded the net addition to the professionals in the workforce during the 1990s.

Highly skilled physicians, teachers, seamen, engineers, nurses, and many others who received such a high level of university training only to apply their knowledge and expertise in other countries.

Indeed the massive amount of income they're bringing in to the country through their remittances has been keeping the country's economy afloat for many years and counting.

What is this doing to the local workforce, however?

There is no direct information on the actual magnitude of brain drain from the Philippines and how much this has changed over time. Occasional surveys may reveal the extent of location of Philippine professionals but there is no regular monitoring of movements. For example, one survey in the seventies indicated that the number of physicians in the United States amounted to half of the registered physicians in the Philippines.
Source: Skilled Labour Migration from Developing Countries: Study on the Philippines

Even without the numbers, just go to the POEA/OWWA offices anywhere in the country and you will see that everyday, hundreds of Filipinos would be there processing their applications or renewing their contracts all hoping to go out of the country and work.

It's not hard to see why, simply ask around and visit the homes of some families whose a family member is an OFW (Overseas Filipino Worker) and you'll often find that they're living way better than most Filipinos.

So for most OFWs, the reason really is just one word: economic. Although the remittances from these workers are good for the Philippine economy, it is not sustainable. The Philippines, I think, is still challenged to be able to produce something from within and be able to export goods and services for a more sustainable income. In addition, when the businesses within the country become globally competitive with good salary grids, people won't have to go somewhere else to find that elusive "Greener Pasture".

its unfortunate that many wants to work abroad and leave their love ones here . i hope the govt will address this problem ... try this site if your still searching online jobs ...
BUILD YOUR CAREER ONLINE WHILE BEING A FREEMAN
Start working at home and visit us at http://www.unemployedpinoys.com
Pls email me workonline2977@gmail.com