Know the words, Blend in 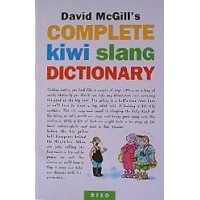 It's interesting to note that English-speaking countries speak differently. I'm sure you've heard about different accents like the British Accent or the American Accent. However, accents are less to worry about than the actual words they are speaking.

I'm talking about the "slang" words that common people use in their day-to-day lives in their country. The Philippines is pretty much Americanized. We are most familiar with American English than British English. However, there are a lot of English-speaking countries that do not speak "American English". Thus, if you want to really easily blend in, it pays to know some slang of the place of which you're heading.

As far as New Zealand goes, I find that they speak British English with a twist. Forget about the twist for now. Do take a look however, at their slang words because at one time, my Auntie from Michigan, USA came over here and there were a couple of occasions where she just can't understand what they're saying.

Check this site for some "Kiwi slang": http://www.chemistry.co.nz/kiwi.htm